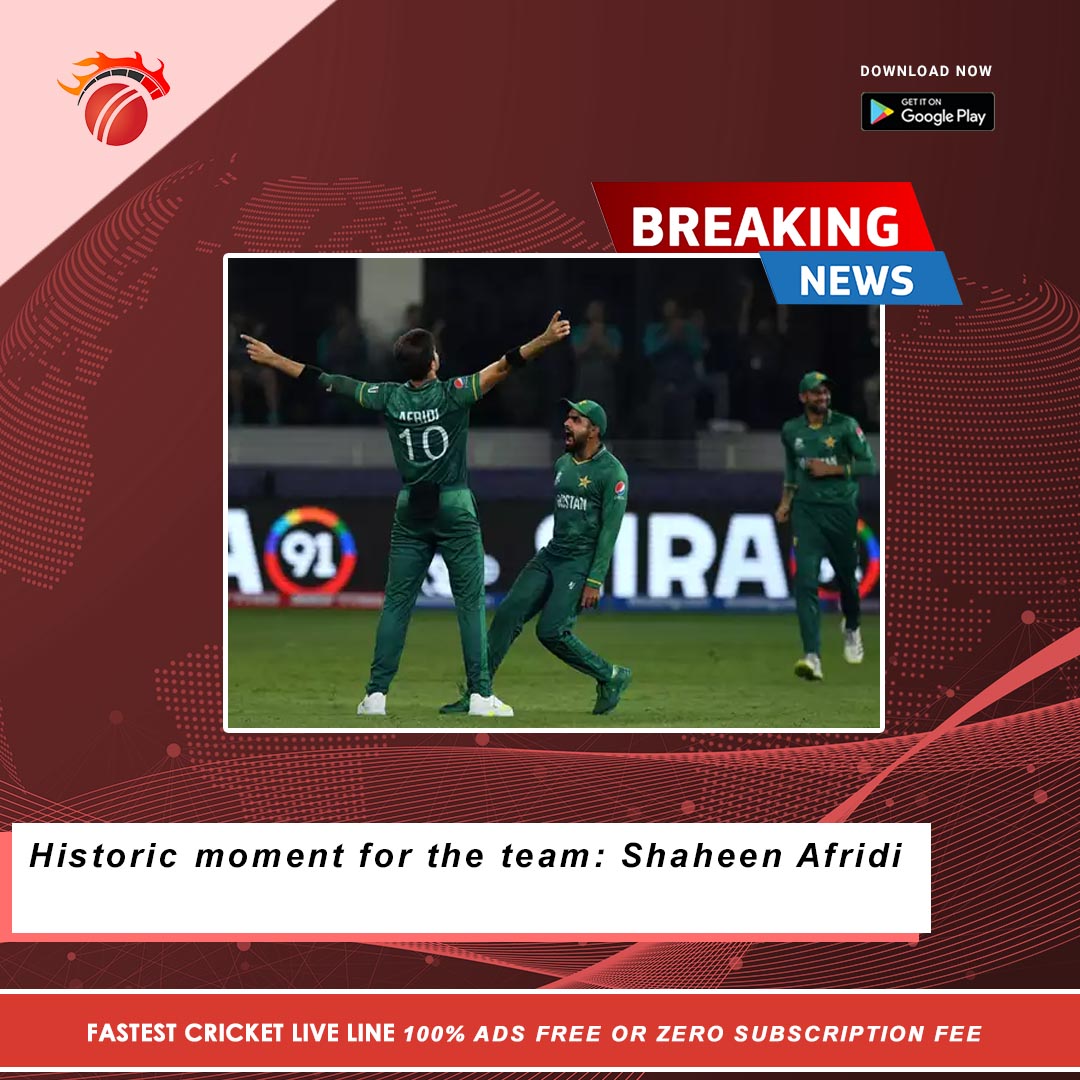 It was the 13th time lucky for Pakistan in World Cup encounters against neighbours India, a dominating 10-wicket win that was celebrated with fireworks on the streets of Karachi, Lahore and Islamabad. While captain Babar Azam offered a pragmatic response to the streak-ending victory in Dubai, stating this was just the start of the tournament, the player of the match Shaheen Afridi termed the win ‘a historic moment’ for the team.

“To the entire Pakistan, to all our cricket lovers who travelled here… this is for them. This is a historic moment for the team. We’d not won against India in the World Cup. All the boys played so well today and hopefully we’ll play well in the remainder of this World Cup from here. This is a great start and hopefully we can build it from here,” Afridi said.

The 21-year-old fast-bowler, playing his first World Cup encounter against India, produced a devastating display of swing bowling to dismiss Rohit Sharma and KL Rahul in his first two overs, setting the tempo for the remainder of the game.

Afridi, who overtook compatriot Mohammad Amir for most wickets in the first two overs of a T20s since 2018, revealed that the dismissal of Rohit with a full inswinging yorker was part of the plan.

“He [Babar Azam] gives me the new ball all the time. This was the team plan that I’d bowl the first over. I needed to give the breakthrough, which is the team requirement,” he said.

“My strength is to bowl the yorker with the new ball. It was the plan and I got success. My attempt was that even if I get a half [a yorker] with the swing, if my ball dips, he’ll get out.”

The impressive Shaheen, kept on for a third over in the PowerPlay for only the second time in T20Is, had an absorbing contest against Virat Kohli too with the Indian captain making room and hitting the left-armer over wide-on for six as the swing and seam died down by then. But Shaheen would have the last laugh in their first battle against each other by dismissing the Indian captain for 57 in the death overs.

“We had plans against Kohli too. He is no doubt a No.1 player, there’s no difference between him and Babar. The way I bowl to Babar in the nets, I bowled to Kohli. There was a plan but once I came back for the third over, I wasn’t getting any swing or seam. I just wanted to continue hitting the length and then come back later and bowl some cutters. He was making room for himself, I was able to get some success.”