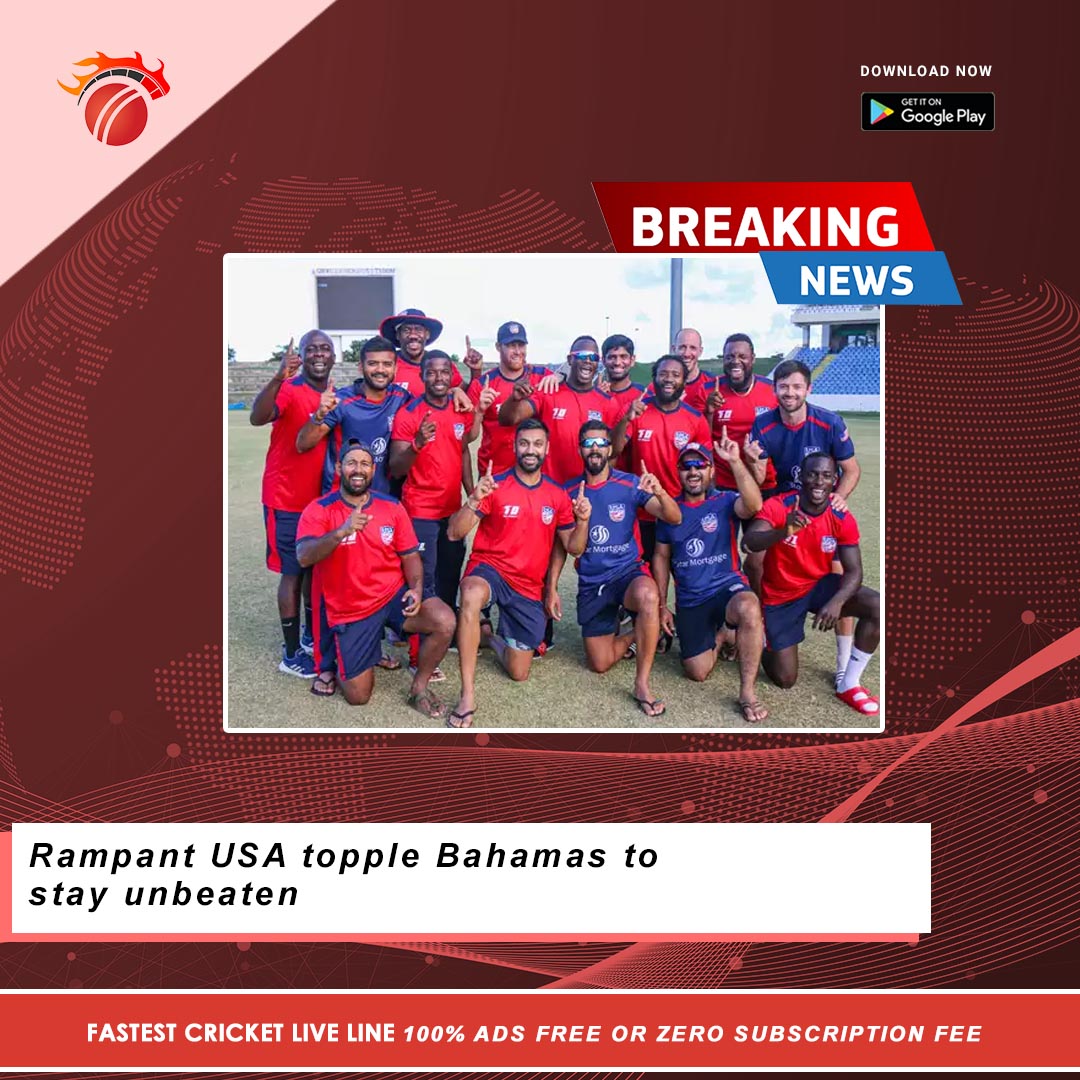 A belligerent USA ran over a helpless Bahamas for a 10-wicket win, courtesy an inspiring career best spell of 4 for 17 from Nisarg Patel, in their final 2022 T20 World Cup Americas Qualifiers encounter. USA skittled Bahamas for 90 before openers Ian Holland and Aaron Jones whizzed past the target in the 13th over, helping USA maintain a six-match unbeaten streak.

USA were heavy favourites going into the tournament, with the real qualification battle resting between them, Canada, and Bermuda. After a botched up regional qualification campaign for the 2021 T20 World Cup in Bermuda back in 2019, USA got redemption going into the Global Qualifiers after traversing through some key personnel changes and the growing focus on T20 cricket back home with the advent of the 27-team Minor League Cricket.

Here’s a review of their campaign so far.

Monank Patel was elevated to the captaincy of the T20 team after Saurabh Netravalkar quit from the role prior to the tournament. Monank was a unanimous choice among selectors and players alike. Known to be the ‘binding glue’ amongst a team composed of diverse demographics and native backgrounds, USA looked a different outfit under the new captain. They gave an impression to be a united team hungry to win at all costs, which cannot be said about a lot of previous units. That fire in the belly was evident in their game against Bermuda, where USA looked a team possessed to avenge the annihilation they endured after their twin defeats in 2019. USA roared as a unit in the field to make life difficult for Bermuda.

Apart from looking more ‘expressive’, USA were bold in some key decision making as well. The strategy of not bowling Ali Khan with the new ball and holding him off for the death yielded good returns in the games against Bermuda and Canada. The added confidence of the team management in Ian Holland’s prowess as a T20 bowler in place of being over reliant on their left-arm spinners also showed the desire of the new captain to break away from old and worn-out USA tactics.

The ‘win at all costs’ attitude is also probably what carried them through to a tie after reeling at 5 for 44 chasing 143. The trio of Nisarg Patel, the newly liberated Jaskaran Malhotra and Karima Gore starred in a miraculous jailbreak to keep USA alive in the match. Malhotra is a feared batsman in associate cricket now as USA look upon him to take up the finisher’s role with freedom to express himself that was absent before his comeback. Gore is probably the most improved batsmen in the last 12 months but his waning efficiency with the ball put real question marks over his omnipresence in the final 11 across opponents and conditions. Adding another finisher in the mix with some natural six hitting ability to complement Malhotra will provide an impetus that USA needs when they face superior attacks in the Global Qualifiers.

USA batsmen were far pluckier and discerning in shot making in the tournament as compared to their last T20 outing in Bermuda in 2019. Monank’s move to the top of the order with a clearly defined role to look for boundaries in the powerplay has helped alleviate some of the pressure off USA’s best T20 batsman Steven Taylor. Even though the openers were dismissed without troubling the scorers, the pair notched up their half-century stand under five overs against Bermuda. Aaron Jones has improved leaps and bounds as a T20 batsman, evident from his performances in MiCL. Once a slow starter in T20s, Jones was quick to get off the screws against Bermuda, slamming two sixes inside his first 10 balls. Xavier Marshall’s inability to produce big runs against either Bermuda or Canada maybe a point of concern for the team management.

USA bowling looked more settled of the two disciplines. USA have quicks of pedigree with proven match winning abilities. Ali Khan, Netravalkar and Theron were instrumental in the wins against Bermuda and Canada. However, an absence of a quality wrist spinner in the attack seems to be a chink in the armor for USA. In today’s day and age, it is difficult to fathom an international T20 outfit without employing some sort of a ‘mystery’ in the mix. Former Jamaica leg spinner Damion Jacobs is the one selectors could be turning to as they start life after veteran leg spinner Timil Patel.

USA now play their first ever series against an ICC full member at home when they host Ireland, starting off with a T20I on December 22.