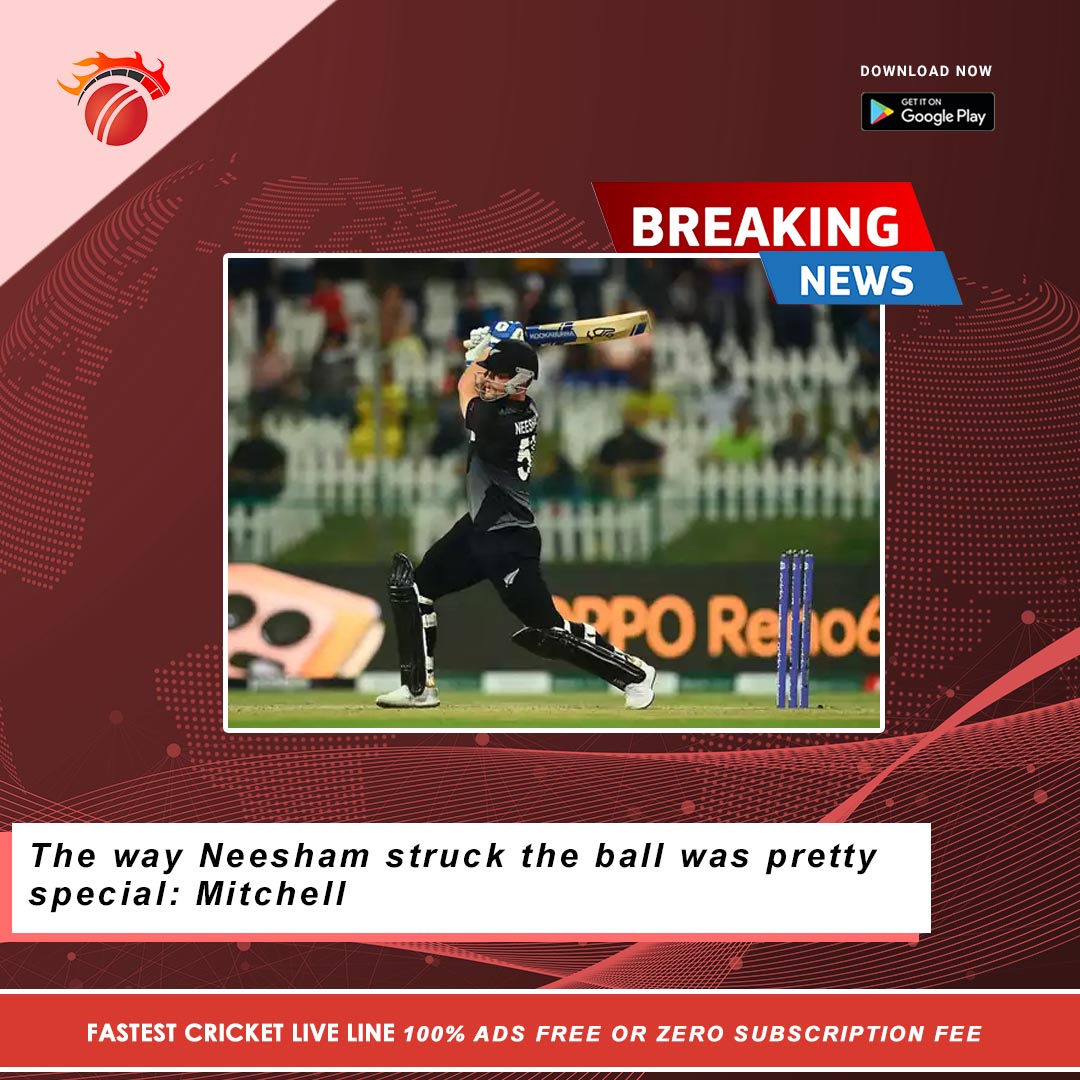 New Zealand opener Daryl Mitchell praised Jimmy Neesham for his game-breaking 11-ball 27 against England after his side registered a five-wicket win in the first semi-final of the T20 World Cup in Abu Dhabi. When the all-rounder came out to bat, New Zealand needed to score in excess of 14 runs per over, but Neesham changed the complexion of the game by taking a heavy toll against Chris Jordan and cracked three sixes in his innings.

“The way Jimmy came out and struck the ball from ball one was pretty special and gave us the momentum for the final few overs,” Mitchell said after New Zealand reached the final, on Wednesday (November 10). “Once the rate gets up to that height, you try and make sure you get your match-ups that work for you and hit it as far as you can. It was nice to get a few out the middle, it was a struggle in the middle overs.”

Mitchell himself played his part in powering the side to a victory by compiling a 47-ball unbeaten 72. On a slow pitch, the opener waded through tricky phases before pressing the accelerator pedal at the right time. Mitchell said that he felt “very special’ to take the side past the finish line. “Any game you win for your country is pretty special, let alone a World Cup semi. It’s obviously a great honour to represent my country at a World Cup – if you said this five, six years ago I would have laughed at you, so to be here sitting right now is awesome. It’s nice to get us over the line but we’ve got another big one coming up in a few days we’re pretty excited about.”

Despite New Zealand needing 57 off the last four overs, Mitchell noted that they had the belief in the camp to chase down the target, especially with one side of the boundary on the shorter side. “It’s a bit of a blur but I imagine it was a hell of a game to watch. It’s a game of inches, that’s for sure. A couple of those sixes could have been a metre shorter and we might have been all out. But we knew if we kept it within certain numbers, we had a chance. It never felt like it was out of our grasp, especially with the smaller boundary on one side.”

He also said that the New Zealand set-up will ‘enjoy’ the victory but move on quickly to prepare for the big final. Pakistan will lock horns against Australia in the second semi-final of the tournament on Friday. “We’re a bunch of Kiwis, there are only five million of us so we’re very proud to be representing our country. We’ll enjoy the win tonight but we’ll move on pretty quickly. Whoever we’re taking on, we’ll have fun.”