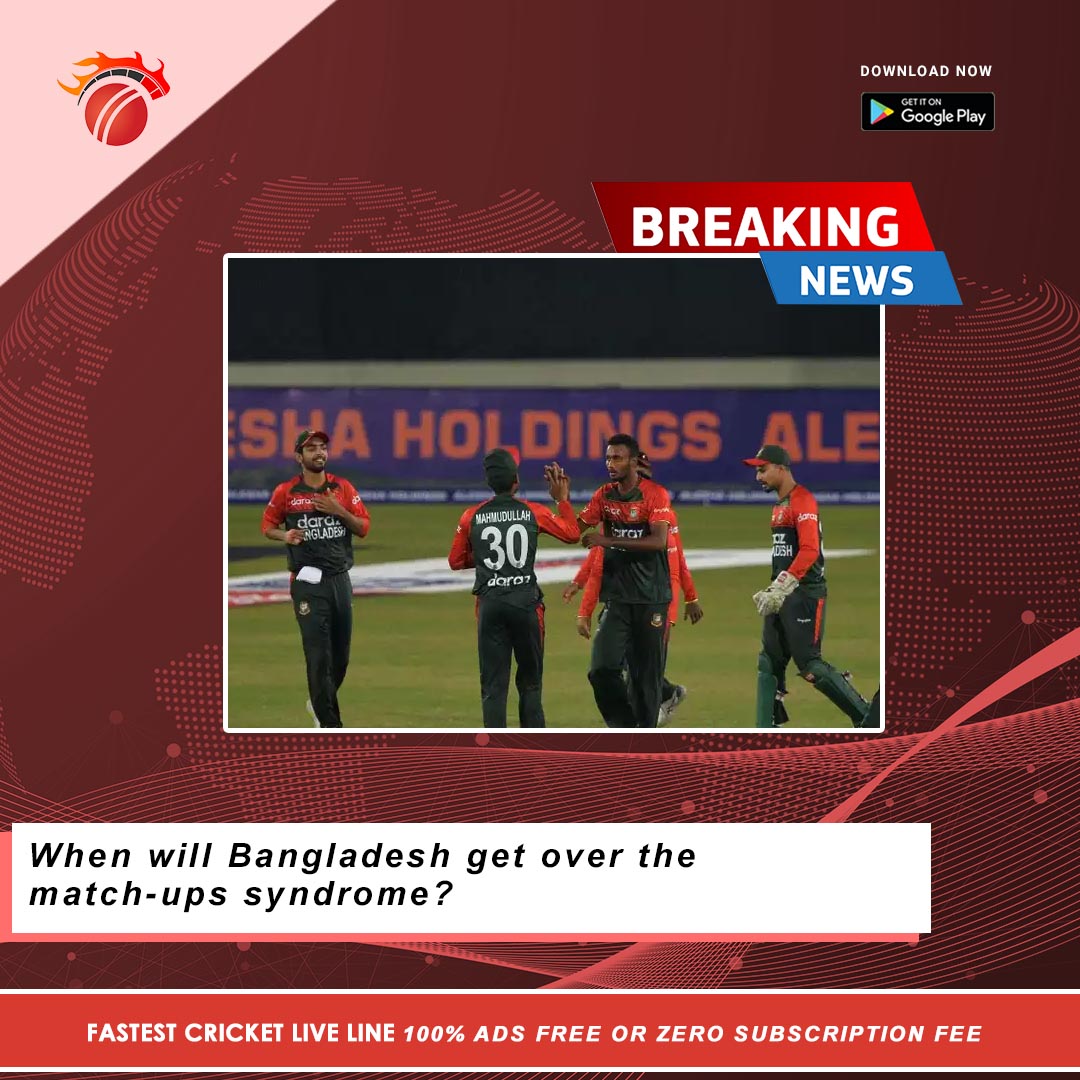 The ongoing T20I series between Bangladesh and Pakistan was to be a new beginning for Bangladesh considering they were eyeing to start afresh following their ICC T20 World Cup debacle. A new-look Bangladesh side came up against an in-form Pakistan unit in Dhaka that saw the return of crowds for the first time since the COVID-19 pandemic.

The inclusion of legspinner Aminul Islam was the only surprise in an otherwise predicted playing XI for Bangladesh, but the shocker was the way in which he was handled in the three-match series opener that Pakistan won by four wickets taking a 1-0 lead. Chasing 128, Pakistan slipped to 24 for 4 by the end of the powerplay, but then Fakhar Zaman and Khushdil Shah made 34 runs each and put on a 56-run stand for the fifth wicket to resurrect the chase before fireworks from Shadab Khan and Mohammad Nawaz helped Pakistan over the line with four balls to spare.

Aminul was introduced in the last over when two runs were required and Shadab sealed the game with a huge six. This decision not to bring him on against two left-handers seemed to be a by-product of an age-old theory followed in Bangladesh’s dressing that suggests blind faith in match-ups. The idea is to turn the ball away from the batsman and the logic is it turns away from the bat making it harder for batsmen to hit boundaries over the leg-side because the ball is taken away from their hitting arc.

Bangladesh skipper Mahmudullah on Friday (November 19) pointed out that to be the sole reason behind not bringing Aminul when two left-handed batsmen were taking the game away from them. “Our plan was to bring up him in the bowling but two left-hand batters (Fakhar and Khushdil) were batting during that period, so we skipped the plan and instead I came to bowl,” Mahmudullah said after the game, indicating that they are not ready to break out of the match-ups mindset.

This is not the first time this match-up came up for discussion as there is a common trend followed by Bangladesh that suggests they are not ready to introduce left-arm spinners when left-handed batsmen are in the middle. During their opening game against Sri Lanka in the just-concluded ICC T20 World Cup Super 12 stage, Sri Lanka had two left-handers – Charith Asalanka and Bhanuka Rajapaksa – in the middle when Mahmudullah decided not to use Shakib Al Hasan and instead opted to introduce himself and Afif Hossain. The match ended without using Shakib’s full quota of four overs.

Not to suggest that match-ups are ineffective as analysts spend hours analyzing opponents’ weaknesses and chalking out plans to exploit them, and more often than not, it pays dividends. But the question remains if part-timers can be used to complete match-ups.

Mahmudullah also backed pacer Mustafizur Rahman despite his failure to deliver in the death overs that eventually cost them. Mustafizur, who gave Bangladesh an excellent start in defending their score of 127, finished the first spell with 1-3 in two overs but later conceded 8 and 15 runs respectively in his final two overs that saw him finish with 1-26 in the match with Bangladesh losing their grip on the match in those two overs.

“It can happen to a bowler when batters try to get runs,” Mahmudullah said. “I think the bowlers did a great job with the ball. We were very close. I think the credit goes to Shadab (Khan) and Nawaz (Mohammad) as they did very well.

“When we chose to bat first, it looked a very good wicket to bat on but I think there was a bit of help for the bowlers as well but having said that it’s not an excuse. We should have put on a better performance with the bat, especially at the top of the order. That had been lacking throughout the World Cup as well. Hopefully, we can come up with the batter plan tomorrow (today) and try to execute it,” he added.