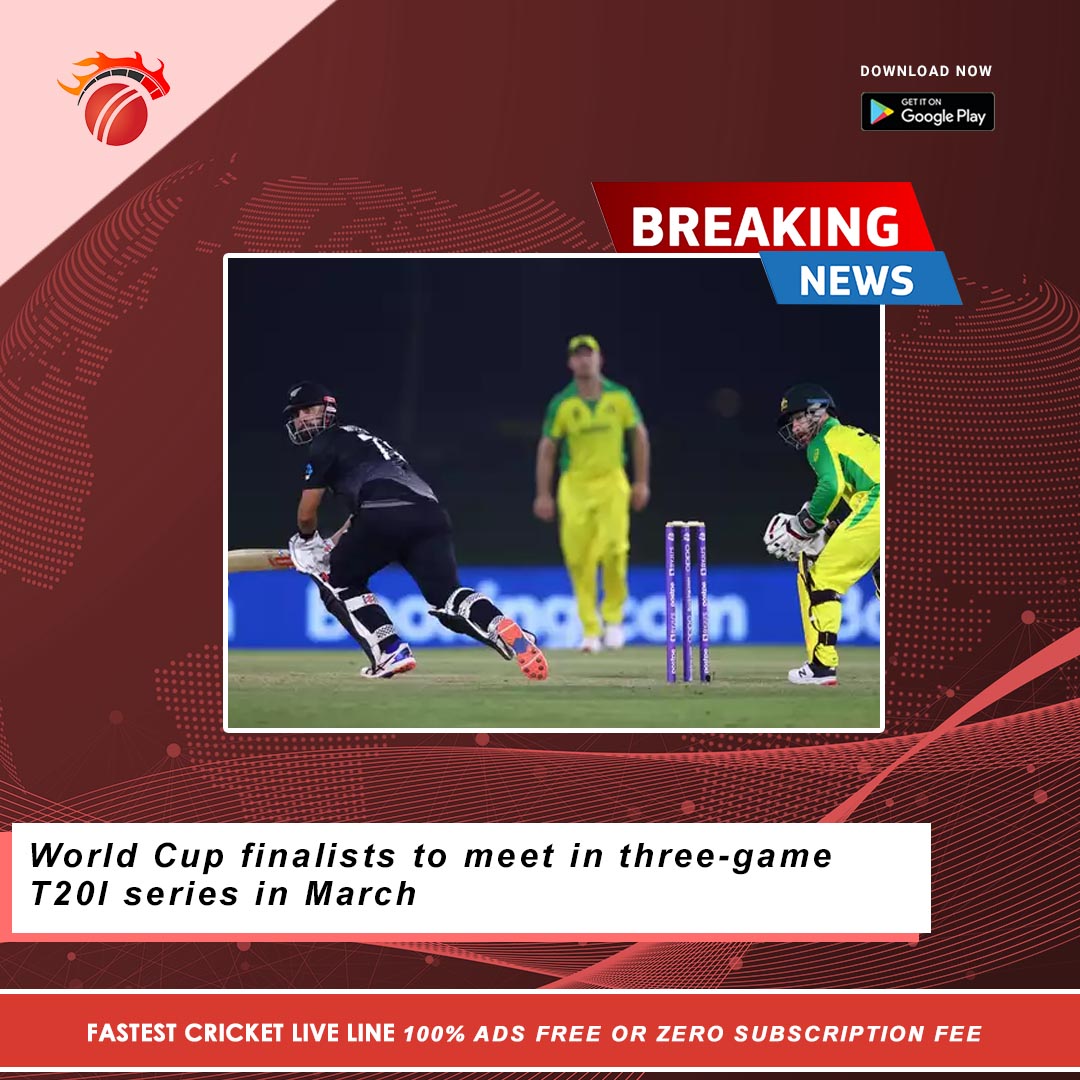 New Zealand and Australia, the finalists of the T20 Men’s World Cup 2021, will face off in a three-match T20I series as part of the New Zealand summer. The series in March is set to clash with the dates for Australia’s Tests against Pakistan in Pakistan, which means the likes of Steven Smith, David Warner, Mitchell Starc, Pat Cummins and Josh Hazlewood are likely to miss the T20I games against New Zealand.

The two sides are also scheduled to play a three-match ODI series and a one-off T20I in January-February in Australia.

The women’s team, meanwhile, is set to play against India in a home series in February which includes an one-off T20I and five ODIs that will serve as a preparation for the Women’s 50-over World Cup which will also take place in New Zealand in March-April 2022. The Women’s World Cup was postponed by a year due to the covid-19 pandemic.

The New Zealand cricket board also confirmed the schedule for the men’s team two-Test series against Bangladesh which will be held in January and the two Tests against South Africa in March. All four Tests will be part of the World Test Championship.

New Zealand’s men’s team will also host Netherlands in March-April for a one-off T20I and three ODIs. These three ODI as well as those against Australia will be part of the ICC ODI Super League.

“It hasn’t been a straight-forward process and we’ve needed to work through a number of unexpected changes before finalising the arrangements,” NZC chief executive David White said about the delay in the announcement of the summer schedule.

“Having said that, I’m delighted with the volume and quality of the international cricket to be played over the summer, particularly given the importance of, and the relevance connected to these games.

“The India series is a crucial part of the White Ferns’ World Cup preparations. The four Tests are very important for the Blackcaps in terms of their World Test Championship defence. And, as part of the ICC Super League, the Blackcaps’ six ODIs carry similar significance,” added White.